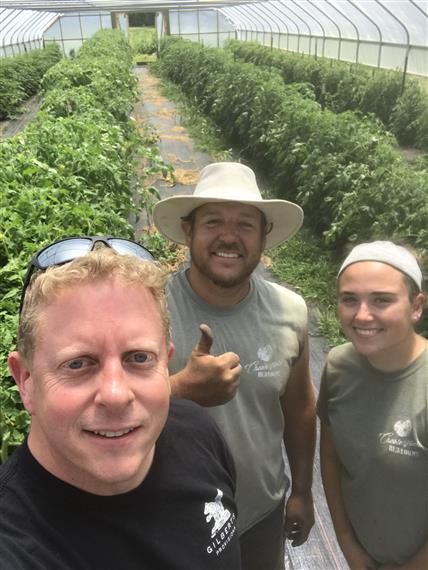 In 1929, the Pittsville Volunteer Fire Department built the magnificent monument that still stands as the cornerstone of this small Eastern Shore town. After the firehouse was decommissioned, it became an electric motor company, and legend has it that firearms were sold out of it in the 1970s.

Fast forward to the 2000s and it was transformed into a smokehouse that rocked the food scene for years before closing. After a few years, it was reinvigorated by Chef Paul Suplee and a team of misfits as the burgeoning brand boxcar40.

Chef Paul has been at this game for over 37 years, and his misguided dream has always been to own and operate his own place. Part southern cuisine, part barbecue (limited selections but you can smell them blocks away) and part just-plain-scratch cooking with hand cut steaks and seafood, boxcar40 is a testament to the many hours, days, months, years and decades of persistence within this team.

Yes, we source a lot of food from local farmers, but no we are not farm-to-table. We have our cheats and we are honest about them. However, we love supporting the good people at Chesterfield Heirlooms, ArdBrac Farms (coming on board in 2020) and other local producers!

We have always catered, but the catering side of the business is growing exponentially, especially after partnering with Angie Smythe, coordinator extraordinaire. It's just one more feather in our cap!

We are the dream team that is boxcar40.

Our Hours of Operation


Back to top of the page